On twitter the other day, @imabug lamented the demise of a favored component

The ensuing discussion was great, and I began thinking about the last tweet I made in it: 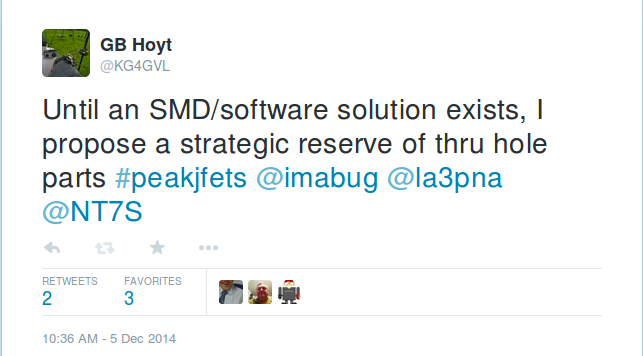 I made it as an offhand glib remark, and reference to the strategic petroleum reserve created during the 70s, but there was also a little "Ha-ha only serious" going on too. It would be nice to have such a thing. It won't be long before @imabug needs that J310 and the box is dry, what if we had that reserve.

Sure, go ahead!
GB Hoyt
KG4GVL