Whelp,
Just this morning, I broke a month long no QSO streak, contacted YU100CER. from their QRZ.com web page:


Radio Club Nikola Tesla YU1HQR Sabac commemorate the 100th anniversary of the famous battle on the mountain Cer 1914 which is located close to the city to 31 December 2014 will use the special callsign YU100CER in memory of the victims. By way of management and outcome, Cer Battle is a masterpiece of the art of war, and as a remarkable example of the transition from the strategic defense of their counterattacks, she is still studying at major military academies, including West Point and the U.S..

For this event special QSL cards will be printed.


So I've contacted the Nikola Tesla Radio club, cool beans!
they were working 15m pretty good, just inside the extra portion of the band at 21.020 MHz.
Also worked a stateside station: K1LGM, Joe in CT.
that was fun too.
all at 5w using the Kenwood TS-140 at 5 watts to my W3EDP antenna.
The youngest harmonic wanted to play outside so I got an opportunity to quickly tune up the radio. CQ's on 20m went unheeded by all except the Reverse Beacon Net. PROOF: 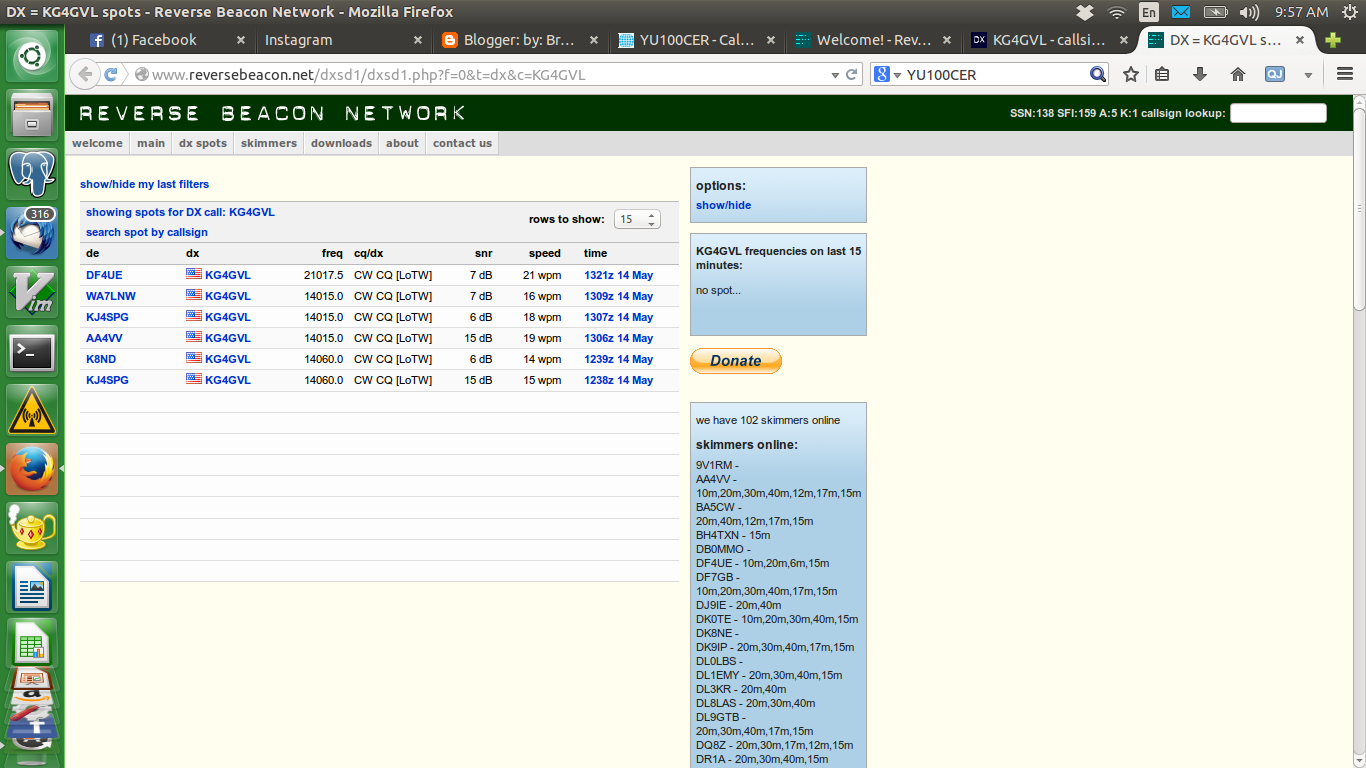 Been wondering what I'm going to write my annual W3EDP post about, and I think I might do it on exploits while portable.
Course, now I got to go have some exploits.
Maybe something RaDAR related?


been pretty active on Instagram (qrprat77) posting pics of flowers, wild edibles, and my growing Bhut Jolokia pepper plant.
that's the raw image of the pepper, three are this size right now.

Been lots of bird activity in the yard lately too. Saw a northern mockingbird eating some lantana berries. and got to thinking. This particular lantana bush sits on my property line, half the bush grows on my side, the other half on the neighbor's. I'm willing to be that this bush is there because some Mockingbird planted it via its digestive tract.
Kid #4 continues to progress along nicely!

Next week I'm taking a test to get certified as somebody who knows something about Oracle SQL queries and using SQL Developer. I'd be lying if I said I wasn't nervous.

That's all I got for now.